Sophie Bailey tells us about The Edtech Podcast and what people can expect from her networking event at Web Summit.

How would you describe the podcast to someone who hasn’t heard it?

It’s a weekly podcast in which I speak to different people involved in education innovation: whether teachers, investors or startups. It was launched in April of this year, is usually in an interview format and has earned an iTunes new and noteworthy nomination. The mission is to improve the dialogue between ed and tech in order to aid better innovation across education.

It’s primarily aimed at senior leadership teams within educational organisations: from nurseries all the way up to universities. The secondary audience is investors, startups and associations. It’s international in scope and looks at case studies and conversations all over the world. It’s reached over 20,000 downloads across 69 countries so far (about 800-1,000 and upwards per week).

What inspired you to set up the podcast?

I was previously the Head of Content at Bett. When I was on maternity leave I used podcasts to stay up-to-speed with the sector. I primarily listened to EdSurge, which is fantastic, but very US-focused. There are loads of great teacher-led and practitioner-led podcasts but I couldn’t find one that had a global outlook and looked at all the various stakeholders in the sector.

I considered the gap in the market, my own contact base and my interest in content creation, consumption and distribution, and decided to go for it. There was a desperate need to improve the dialogue between ‘ed’ and ‘tech’ types – their various needs and wants – and I was also ready to change my working lifestyle after nine years in tech events. I saw that the intimate medium of podcasting had something to offer.

I booked myself onto a podcasting masterclass with The Guardian run by Ben Green, producer of Football Weekly. I then spent a week in Glastonbury where I went walking during the day and practised podcasting in the evening. That helped me develop my skills I’d require.

How does the UK edtech movement fit into what’s happening internationally?

The UK edtech sector is very healthy. Particularly in London, where there’s a good amount of startups and a tight-knit community, which is quite visible. But there are pockets beyond London: in Manchester, for example. I think the UK is still behind the US in terms of acceptance of digital use in education. Edtech is a slightly more mature market in the States.

There’s a famous fact which is something like Uber raised the same amount of money as the whole edtech sector in total. I think only about 3% of education has been digitised, so there’s still a considerable journey to come. Edtech isn’t quite like the fintech sector yet.

Tech is generally very progressive and fast-paced, whereas education is very different. It’s about future prospects, and it’s your own children whose education is at stake. It’s quite risk averse and has a huge infrastructure, and it’s not easy to overhaul the mindsets and the culture that’s built up around that.

However, you have places like Singapore and other parts of Southeast Asia which have leapfrogged some of those infrastructure issues. If there are brand new schools being built, whether that’s in China or elsewhere, they’re often able to trial edtech products or ways of doing things right from the beginning with parents who may be actively seeking such a learning environment for their children.

What are the most important developments in edtech at the moment?

I think the biggest thing that could come out of edtech is the closing of the attainment gap. We need to make sure that everything we develop doesn’t just benefit those who are already in a privileged position. We need to avoid creating cases where, like prep schools, only those that have money can improve their educational outcome.

In higher education, I think there’s pressure to innovate the hundreds-of-years-old model, which has as yet – to a great extent – resisted. Although 'digital natives' is not a useful term, children have now grown up through the education system with an expectation of on-demand learning.

Universities will – like libraries and museums – need to develop their structure to accommodate this, remain competitive and support their faculty staff and students throughout the process.

Our interviews with University of Southampton and JISC look into these issues, and the RSA podcast with Simon Nelson explores them, too.

How do you hope to develop the podcast in future?

Within a year’s time, I’d like to start going out to meet our community of listeners in different countries and record some live episodes. I’ll be showcasing more international case studies of innovation and playing around with formats – more debates, book readings, etc.

With support now from the likes of Microsoft, KANO and Clearly So, I’ll have more time to develop the resources which come with the podcast and build-out how members of the community can engage with each other.

What made you decide to go to Web Summit?

Between 30 to 50 edtech startups usually attend, but as far as I’m aware, there isn’t a specific event for them to come together. So I’m going to travel out there to meet those startups, tell them about the podcast and interview some of them.

I’m also holding a pop-up event on 9 November. It’ll be a chance for anyone involved in edtech to meet like-minded people. It’ll be held in a nice bar in Lisbon and you’ll get to learn about the podcast, have some drinks and enjoy the atmosphere.

Why is Web Summit important for the edtech community?

Primarily, I think it will be important for companies looking for investment. It’ll have the most impact for companies who set up lots of meetings in advance. It’s an interesting event in terms of networking, and it will be a good chance to understand what Lisbon is like as a location for startups.

Which companies are you looking forward to connecting with?

I'm looking forward to reconnecting with the KANO team. I'm also keen to interview some of the MIT Labs speakers, robotics companies, and people from the local educator makerspace community. I'll be putting out a Web Summit podcast and blog when I get back, so look out for that! 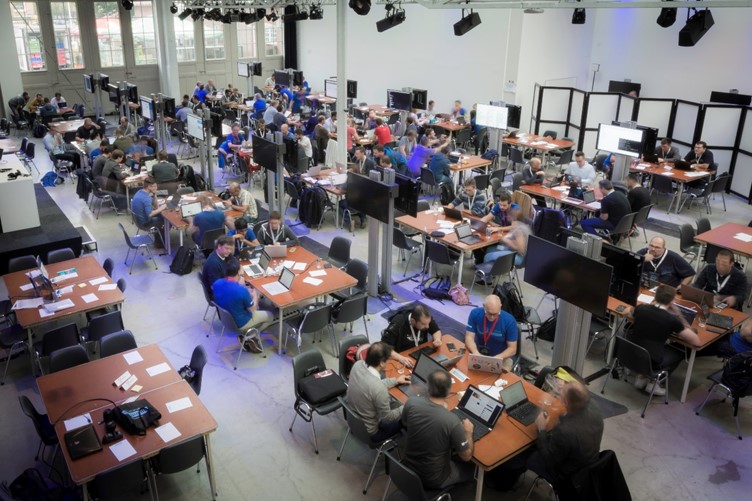 My job in higher ed with Lurlene Duggan, Chief Learning Officer at Microsoft